The name may have you wondering if the goal is to improve an individual’s morality. But the focus is on increasing moral reasoning, as posited by psychologist Lawrence Kohlberg. It has since been adopted by many correctional facilities across the United States in the hope that it can reduce inmate recidivism (i.e., re-arrest) and substance abuse.

While it has been widely accepted as an institutional treatment for the incarcerated, it is not without its controversy. Here is what you need to know about moral recognition therapy.

What is Moral Reconation Therapy?

The founders of moral reconation therapy (MRT) describe their treatment as the following: “MRT is a cognitive-behavioral treatment system that leads to enhanced moral reasoning, better decision making, and more appropriate behavior.” At its heart, moral reconation therapy is a cognitive-behavioral therapy (CBT). It aims to change faulty thought processes that have led to poor decision-making and substance abuse. Its focus on moral reasoning sets it apart from other CBT-related therapies.

Moral reconation therapy is a manualized treatment that occurs primarily in group settings. Clients have a workbook that is used to guide the therapy.

The only individual component is the work that participants are asked to complete between group sessions. Administration of MRT does not appear to have yet been attempted outside of an institutional setting.

MRT is a 12-step program (four additional steps are optional) but is not to be confused with AA and associated addiction treatments.

Its premise is that participants will move through the stages of moral reasoning as they work on improving their thinking and decision-making. It should be noted that it is assumed that clients begin at a lower level of moral reasoning and require treatment to reach higher levels. Individuals can complete the treatment in three to six months, depending on their diligence and level of commitment.

Progressing through the stages of treatment is aimed at personal growth in the following areas:

The Stages of Moral Reasoning

Here is a description of the hypothesized morality stages (labeled the Freedom Ladder) and the accompanying steps:

The following are techniques that therapists use in MRT to facilitate change:

Who Can Benefit from MRT?

The focus of moral reconation therapy remains on substance abusers that have engaged in criminal activity. The authors state it is also appropriate for treating trauma, anger management, and smoking cessation. Similar to motivational interviewing, it lends itself to populations that have exhibited resistance to traditional therapy.

MRT is most commonly used in the US prison system but its use has expanded to other facilities, including residential settings associated with the Veterans Administration (VA) and group homes for juveniles. It has also been used for people on probation, parole, and those associated with drug court. All of these programs have in common that participation is mandatory and enforced by the legal system. What is unknown is whether people would participate in MRT on a voluntary basis.

There are some legitimate concerns regarding the research on moral reconation therapy. First, much of the research conducted on MRT has been done by its founders and is not peer-reviewed. While that does not entirely rule out its validity, it does present a bias concern. Second, most of the studies conducted on MRT do not involve a strong research design (I.e., randomized control trials). Those concerns aside, the outcomes of the studies themselves are mixed.

At one time moral reconation therapy was named an evidenced-based treatment for adults by the Substance Abuse and Mental Health Services Administration (SAMHSA). For juveniles, though, it was only granted “promising practice” status. If you currently search for moral reconation therapy in the SAMHSA database, however, it no longer appears as an evidence-based therapy.

Unlike CBT and other most other therapies, moral reconation therapy is a self-enclosed system. The only place to find the necessary resources to perform MRT is on the Correctional Counseling Inc. website. Additionally, you must be certified in MRT or be an institution that uses MRT to receive the workbooks and materials to administer it. You can sign up on that same website to receive official training and certification. Additional information, including links to research, news articles, and videos can be found on the MRT website.

Despite denials from its creators, moral reconation therapy has been linked with Scientology. It has been noted that MRT’s Freedom Ladder is very similar to Scientology’s “Life Conditions”, the stages of existence that people need to go through to attain success. While an association with religion does not necessarily impact the validity of a particular therapy, it may show some bias and a lack of objectivity.

Maybe the biggest area of concern is MRT’s effectiveness. Much of the research is not psychometrically sound (e.g., lack of peer reviews and strong scientific design) and the results are not particularly impressive. Even the studies that do show a statistically significant reduction in recidivism do not have substantial effect sizes.

Some news organizations have questioned the overall legitimacy of MRT. Taking into account the links to Scientology, potential shaming, and scant evidence of effectiveness, scathing articles in the Cut, Raw Story, and Vice call MRT nothing short of harmful pseudoscience. With its base in CBT, one would think that moral reconation therapy would exhibit more success. However, there are serious concerns as to whether or not MRT is a useful treatment.

If you want information on proven therapies, check out Theraplatform’s blog and resource center for free therapy worksheets.

If you are in private practice or considering starting your own private practice, check out TheraPlatform for your practice management, EMR/EHR and teletherapy needs. TheraPlatform offers scheduling, documenting, client portal, billing, insurance, telehealth and more. You can test drive it by signing up for a free trial and no credit card is required to get started.

When we discuss evidence-based therapies, we mean any treatment supported by scientific evidence. And not just any evidence. The evidence needs to exhibit a significant amount of statistical efficacy.

Cognitive-behavioral therapy has been found to be an effective treatment for all anxiety disorders. CBT’s numerous resources make it ideal for self-help as well as more formal psychotherapy. 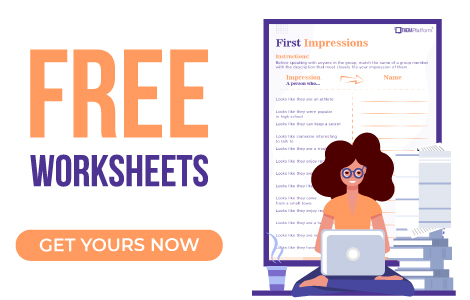