What do we Mean by Evidence-Based Practices?

When we discuss evidence-based therapies, we mean any treatment supported by scientific evidence. And not just any evidence. The evidence needs to exhibit a significant amount of statistical efficacy. In other words, has it been proven to work? Also, does the research have proper psychometric properties or is it just some unreliable data thrown together by a rogue scientist? The gold standard for evidenced-based practice is peer-reviewed research studies utilizing randomized controlled trials. Ideally, a number of these types of trials measuring a particular therapy leads to a clear consensus as to its effectiveness. When you have a therapy that has undergone rigorous research standards and still shows consistently positive outcomes then you have found an evidence-based practice.

Evidence-based treatment is supposed to be better than other therapies. But the truth is a bit more complicated. While there are certainly many pros associated with well-researched treatment, it is not without its problems. Here are some of the major advantages and challenges facing evidence-based mental health therapy.

The most important question that faces clients when they enter into therapy is “does it work”? Will this treatment lead to a positive outcome, whether that is the reduction of negative symptoms or an overall increase in life satisfaction? If you are engaging in an evidence-based practice, then you can be more confident it will lead to a positive outcome. After all, that is the whole point; it has proven to be effective. And everyone wants the highest quality treatment.

Because evidence-based therapies are proven to be effective, it is thought that less time will be wasted on an ineffective treatment. And less time equals less money. Treatment plans will be focused on therapy that works and the therapist will be tasked with following evidence-based practices. That is especially true when an insurance company is involved and holding the therapist accountable.

Some Types of Therapy are Immeasurable

In order to evaluate the effectiveness of a therapy, it needs to be measurable. Cognitive-behavioral therapy, for instance, is easy to operationalize and is, therefore, easier to evaluate than some other types of treatment. But that doesn’t mean that other therapies are not effective. Let’s take psychoanalysis, for example. It is almost impossible to do a randomized controlled trial on psychoanalysis due to its components being difficult to operationalize. Does that mean it doesn’t work? For some people, it may be exactly what they need. But certain therapies are penalized because they are not easily measurable and, therefore, not seen as evidence-based. This is patently unfair as some authorities have noted that almost all types of therapy yield similarly positive outcomes.

Real-World Therapy is Not Research Therapy

Let’s say a certain therapy is found to be effective after numerous randomized controlled trials. In these studies, the therapy was performed by-the book based upon the theory behind the particular treatment. Now, let’s transition to the real world. Do therapists ever perform manualized treatment? Rarely, except sometimes in a group setting. In reality, when most therapists perform a specific therapy, it often does not resemble how it was done in a research study. In addition, most therapists practice eclectically, taking a little bit from many different types of therapy. As is often the case, what we find in research does not accurately mirror what therapists are actually doing in practice. As a result, evidence-based practices may lack generalizability to the real world.

People come to therapy for a variety of reasons. Some are depressed. Some are anxious. Others are dealing with some sort of loss. Then there are the individuals who may not fit cleanly into a clinical diagnosis, but know that something in their life just isn’t working. Regrettably, research rarely covers those types of problems. Do you want to see if a treatment is effective at reducing depression? You will find hundreds of studies on it. But if you want to find an evidence-based treatment for someone who is slightly unsatisfied with some aspect of their personal life? Good luck with that.

The Therapist (and the Client) Matters

Just because a therapist follows an evidence-based treatment does not mean that the therapy will be effective. For example, a therapist and a client may not get along, causing a lack of rapport, which reduces the treatment efficacy. Or, a therapist might be distracted by personal challenges and not put in the necessary effort toward their sessions. Further, a client might be highly resistant and consistently sabotage the therapy. The moral of the story is that many aspects of the therapist-client interaction can make or break the success of treatment, no matter what type of therapy is used.

Despite the controversy associated with evidence-based treatments, many have been extensively studied and proven effective in helping with a variety of problems. The following are some of the most popular evidence-based therapies:

Cognitive-behavioral therapy (CBT) is the grandaddy of evidence-based treatment. Literally, thousands of well-designed research studies have been developed to test its effectiveness. It has been proven to significantly reduce depressive and anxiety symptoms, which are among the most commonly seen psychological problems. CBT does what the name says. It works on changing patterns of thinking and behaviors that lead to maladaptive feelings and behavior. Cognitive restructuring and exposure are two well-known techniques associated with CBT. Because it is the most popular theoretical orientation taught in graduate school programs, the majority of therapists have received some professional training in CBT.

CBT resources are plentiful. There are hundreds of books on the subject and trainings occur almost every day across the country. But why wade through the imitators when you can go right to the source? Aaron Beck was the godfather of cognitive-behavioral treatment (no disrespect to Albert Ellis). Although he recently passed away, his workbook is one of the best resources for therapists to use with their clients. Additionally, the Beck Institute, founded by Beck and his daughter Judith, offers a multitude of trainings as well as supervision for therapists.

Interpersonal Psychotherapy (IPT) focuses on the relationships between people as a source of distress. Instead of changing thought patterns, one of the main goals of IPT is to change relationship patterns that lead to depressive feelings and other problems. It is a good example of how something that would seemingly be hard to operationalize (I mean, how do you operationalize relationships?) has been given a structure that assists both clinicians and researchers. IPT takes place in 12-16 sessions and can serve as a guide as to how psychodynamic principles can be adapted to make them more evidence-based. It has been proven effective for the treatment of depression and has since been expanded to treat eating disorders and anxiety.

If you want to learn about performing IPT, The Guide to Interpersonal Therapy is a great place to begin. Written by the founders of IPT, Myrna Weissman and Gerald Klerman, it includes clinical examples of how to use IPT with specific disorders. While there are many learning resources for interpersonal therapy, the IPT Institute is the place to go for more hands-on training. It offers training videos as well as in-person courses. It also provides all the resources for a path to IPT certification.

Dialectical behavior therapy (DBT) was originally developed as a treatment for borderline personality disorder by Marsha Linehan, Ph.D. It uses many cognitive-behavioral principles but also focuses on emotion regulation, distress tolerance, interpersonal effectiveness, and mindfulness. It has been adapted as an effective treatment for mood disorders, eating disorders, and post-traumatic stress disorder, among others. A full complement of DBT includes individual therapy, group therapy, and therapist coaching. A pared-down version of DBT which focuses primarily on skills training has become popular in recent years.

The DBT Skills Training Manual is a valuable resource for therapists to educate themselves. It is essentially the Bible of DBT. Linehan herself founded Behavioral Tech, a company whose primary purpose is to train clinicians in DBT. The website has numerous resources and ways to obtain DBT training.

Acceptance and Commitment Therapy (ACT) is an important advancement in CBT. While it maintains the belief that thoughts shape our feelings and behavior, it posits that accepting those thoughts, rather than trying to change them, is essential to success. In ACT, mindfulness plays a crucial role in learning to deal with unwanted thoughts. The overall goal of ACT is to promote psychological flexibility, which is a fancy way of saying that someone will be able to engage in change behavior in an effort to strive toward goals that match their values. ACT has proven to be effective in treating anxiety, depression, obsessive-compulsive disorder, and chronic pain.

Unlike some other evidence-based therapies, ACT does not have an official certification process. That doesn’t mean, however, that you can’t learn how to become a psychotherapist that practices ACT. Because it maintains so many cognitive-behavioral principles, it would not be too difficult for a trained CBT therapist to make the jump to acceptance and commitment therapy. A great starting point is the book ACT Made Simple by Russ Harris. For more formal training, you may want to go to the founder of ACT, Steven Hayes, PH.D. He teaches online courses through a company called ACT Immersion.

The Role of Evidence-Based Practices in Psychotherapy

Evidence-based practices are not perfect. First, we have seen that many factors outside theoretical orientation, including therapist and client variables, contribute to psychotherapy efficacy. Next, therapists rarely perform a single type of therapy as it is written in the methods section of a research study. What’s more, treatments that are not considered “evidence-based” can be highly effective in certain situations. For example, play therapy, hypnosis, and 12-step programs are not considered evidence-based but have purportedly helped many people.

Despite the challenges, evidence-based practices are a step in the right direction. If performed by a competent therapist, they are frequently going to help clients reach their goals. Almost as importantly, they are likely to save the client time and money. For more information on effective treatment practices, visit Theraplatform’s resources page. They have free worksheets using evidence-based treatments, including CBT and DBT, and their blog will keep you educated on the issues that therapists face today. Evidence-based practices may not be the final authority on effective psychotherapy, but they are a great place to start.

Credentialing means going through the process of becoming a member of an insurance panel. The ultimate goal is to be listed as an in-network therapist by a specific insurance company. Unfortunately, you can’t apply to one place and be credentialed with every insurance company all at once.

Motivational Interviewing for Teens and Adolescents

Many adolescents rebelling against authority and performing behaviors with negative consequences. You may wonder how to break through the resistance so often seen when working with teenagers. Motivational interviewing is here to help.

Practice smarter with our blogs, videos and worksheets. 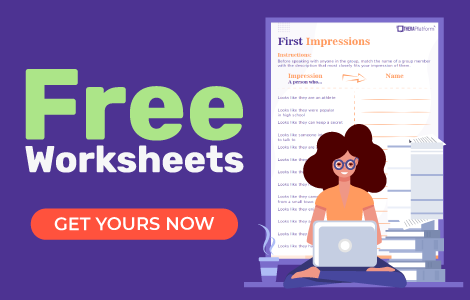